Sports and major events can create lifelong memories with your kids 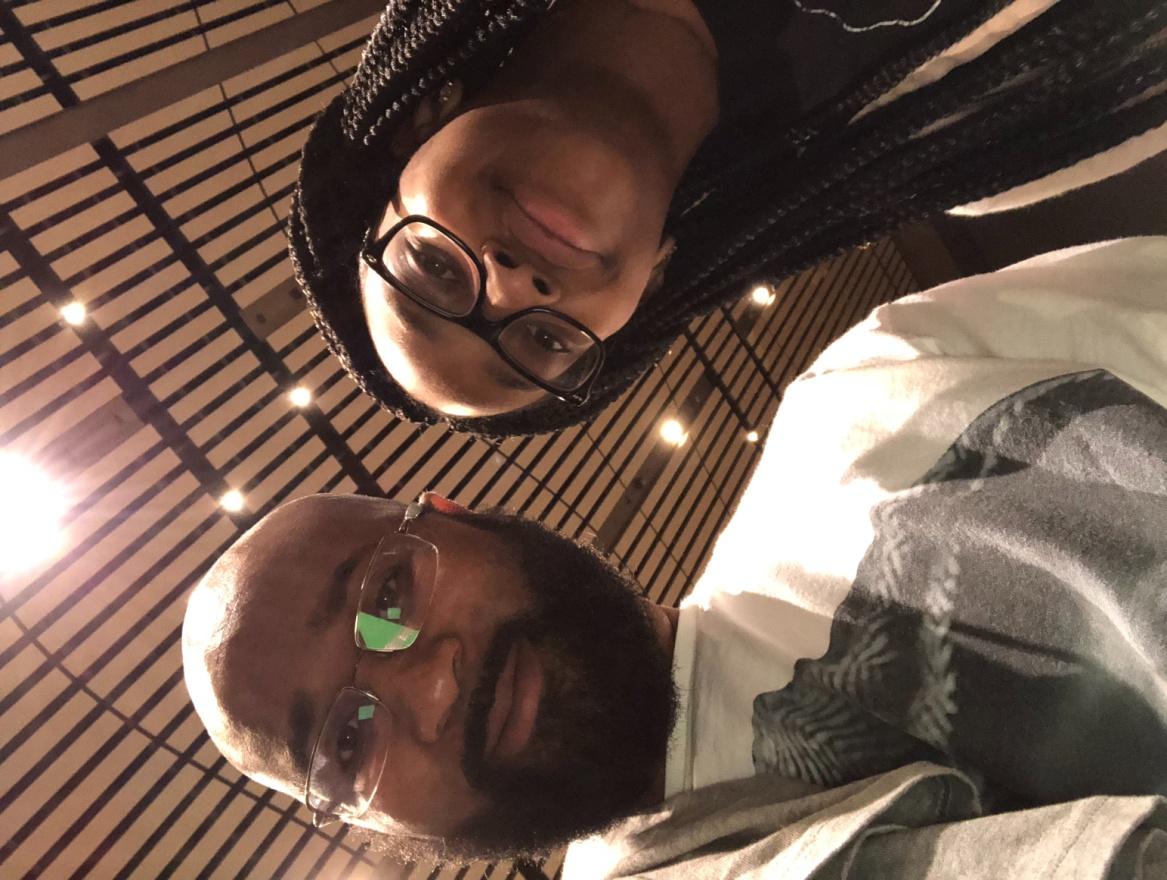 Madison and I in line at WrestleMania Axxess

Sports provide us with a wide range of emotions. They can evoke sadness that

borderlines on depression to euphoric happiness that causes you to forget your life’s troubles. Carried out to extremes, sports can often lead to some crazy times in our lives. However, we can use sports and sporting events to our advantage.

This past weekend, I took my daughter Madison to WrestleMania 34 in New Orleans. We had a blast. These are memories we will have forever. She can’t, and probably won’t for a while, stop talking about it. Now I know most people won’t recognize pro wrestling as a sport, but it requires more athletic ability than golf, pool, or poker, and it’s loosely covered by major outlets as a sport so it counts dammit! 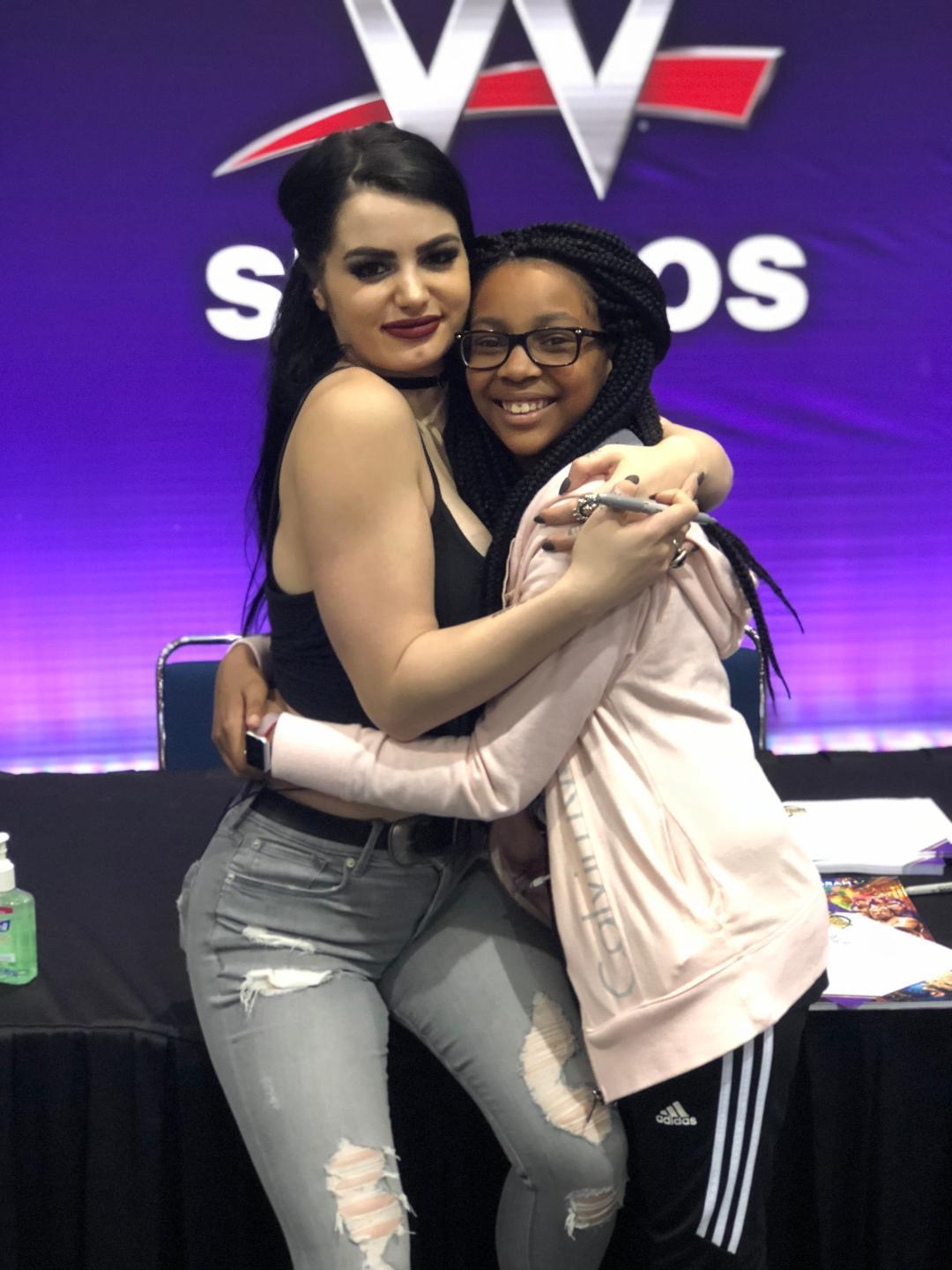 At WrestleMania Axxess, an event taking place Thursday through Sunday morning, the WWE has a fan expo that has memorabilia displayed, autograph booths, various experiences, as well as a superstore complete with all types of merchandise. On Saturday at 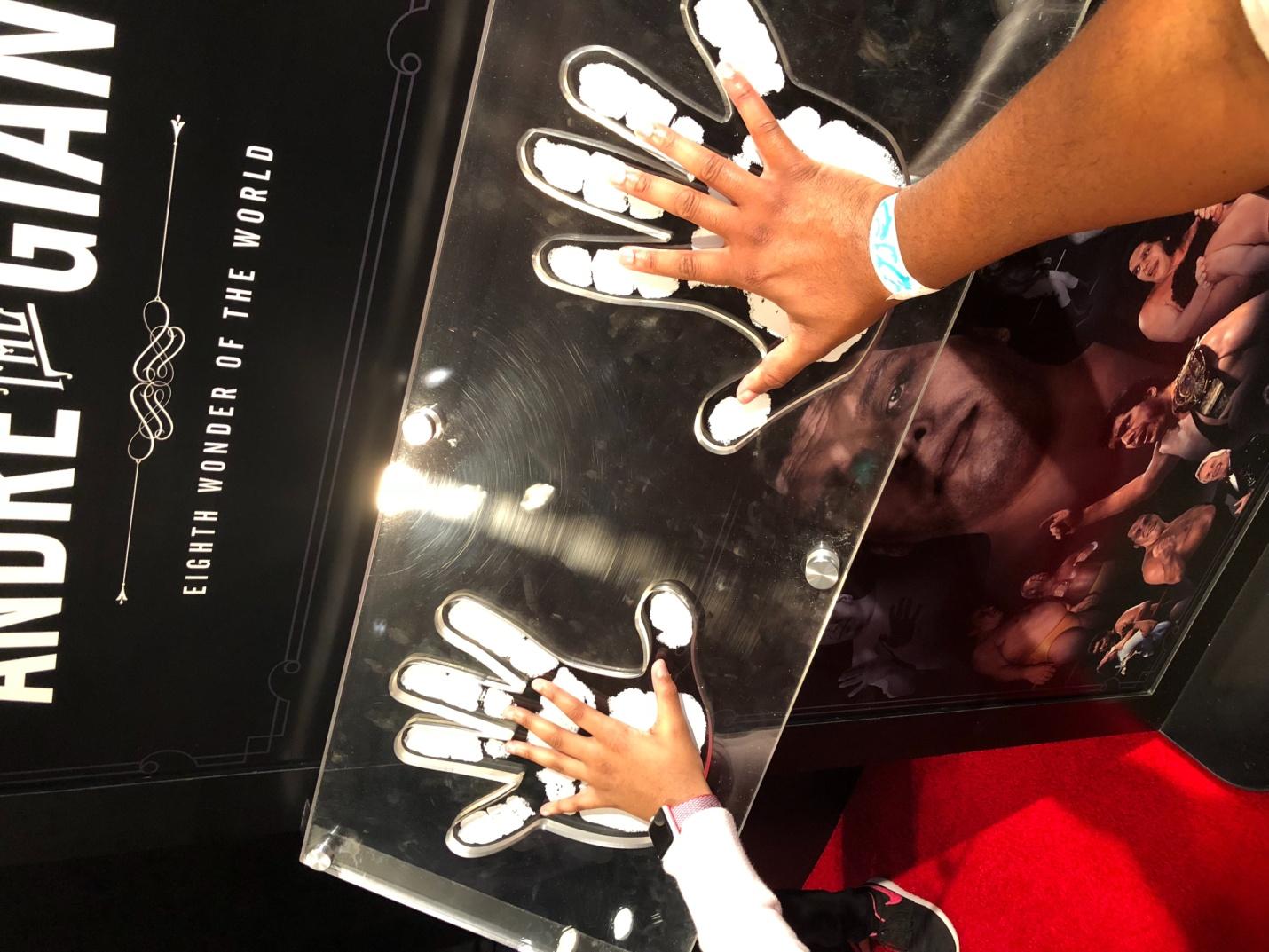 Our hands compared to Andre The Giant’s

Axxess, Madi got to take a picture with Paige, a WWE superstar she’s admired for quite a while now. Paige thought I was Madi’s older brother because she said I looked too young to have a daughter that old. She was very nice and took time to chat with each fan that came through her line for an autograph.

We had a great time at Axxess and even won an authentic replica title belt! We also got to see some of the developmental talent from WWE’s NXT brand wrestle live. There was also a presentation for some Make A Wish Foundation kids which was really cool because 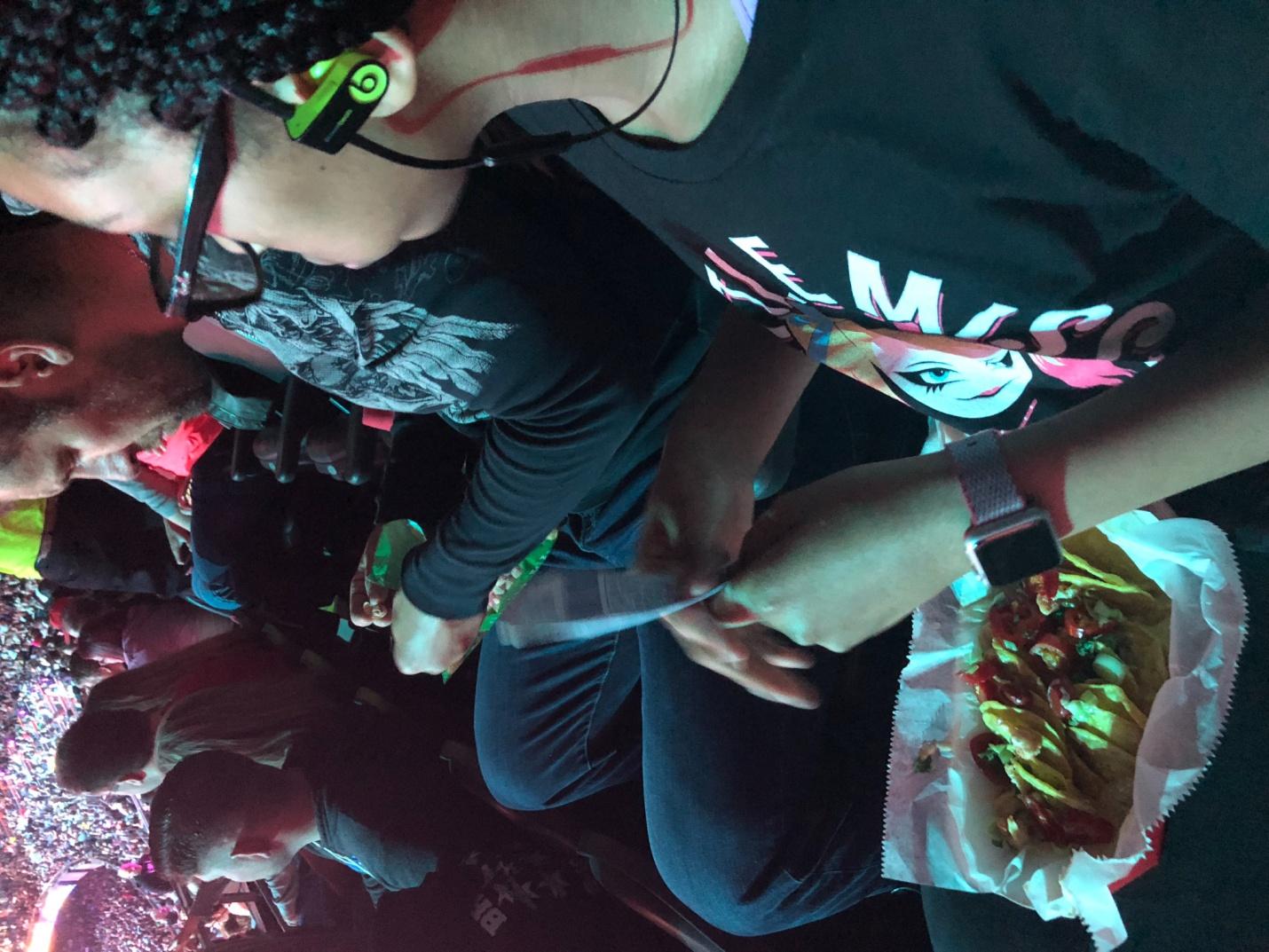 they were introduced as wrestlers with their own theme music and costumes. Overall, it was a pretty cool experience, but this was the appetizer to the main course of WrestleMania 34 itself the next day.

Sunday was the big day. After we arrived, found a great parking spot, and got inside the Mercedes Benz Superdome, we went to the concession stand because she Googled the food there and found out they had seafood nachos. The queso had shrimp and crawfish in it. Pretty good, but can be much better. She wanted her root beer in a souvenir cup, so I ordered my beer in a regular cup to save myself a few dollars. I quickly realized the lady didn’t charge me for the beer and felt like I won the night already.

Throughout the course of the near six hours there, I saw the unbridled joy of a child enjoying her time with her dad doing something we both love. Truth be told, I dislike large crowds. Arenas and stadiums aren’t made for guys my size so I get really uncomfortable very quickly. But it was all worth it to see the look on my daughter’s face.

As parents, we need to create more of these moments with our kids. Finding a common ground, such as a sporting event, can often create a bonding experience your kids will never forget. I’m a 37-year old man and I still remember being taken to different sporting events as a kid. And it may not always be a sporting event. My son was ecstatic that I took him to a movie premiere a few weeks ago. It could be something as simple as watching a game or movie or show with them. Giving them that attention can go a long way. Besides, you spell love t-i-m-e.

These days, kids have enough to deal with. Typical teenage angst is amplified by social media. School shootings and other incidents (such as bullying, fighting, etc) add more worry. If we as parents took more time to bond with our kids over a common ground, think of how much better we can make growing up for them? We’ve failed as a society on so many different fronts. Let’s not fail our kids by denying them life experiences we can bond over and strengthen our relationship with them.

Carlos Beltran missed out on his first opportunity to be inducted in the Hall of Fame this week, and we discuss how his involvement in the 2017 sign-stealing scandal may have played a role.

Plus, are we seeing a turning of the tide with national baseball writers and their opinion of the Houston Astros?

Check out the video above as we break it all down.