What readers should know:

What: VAVI Sport and Social Club 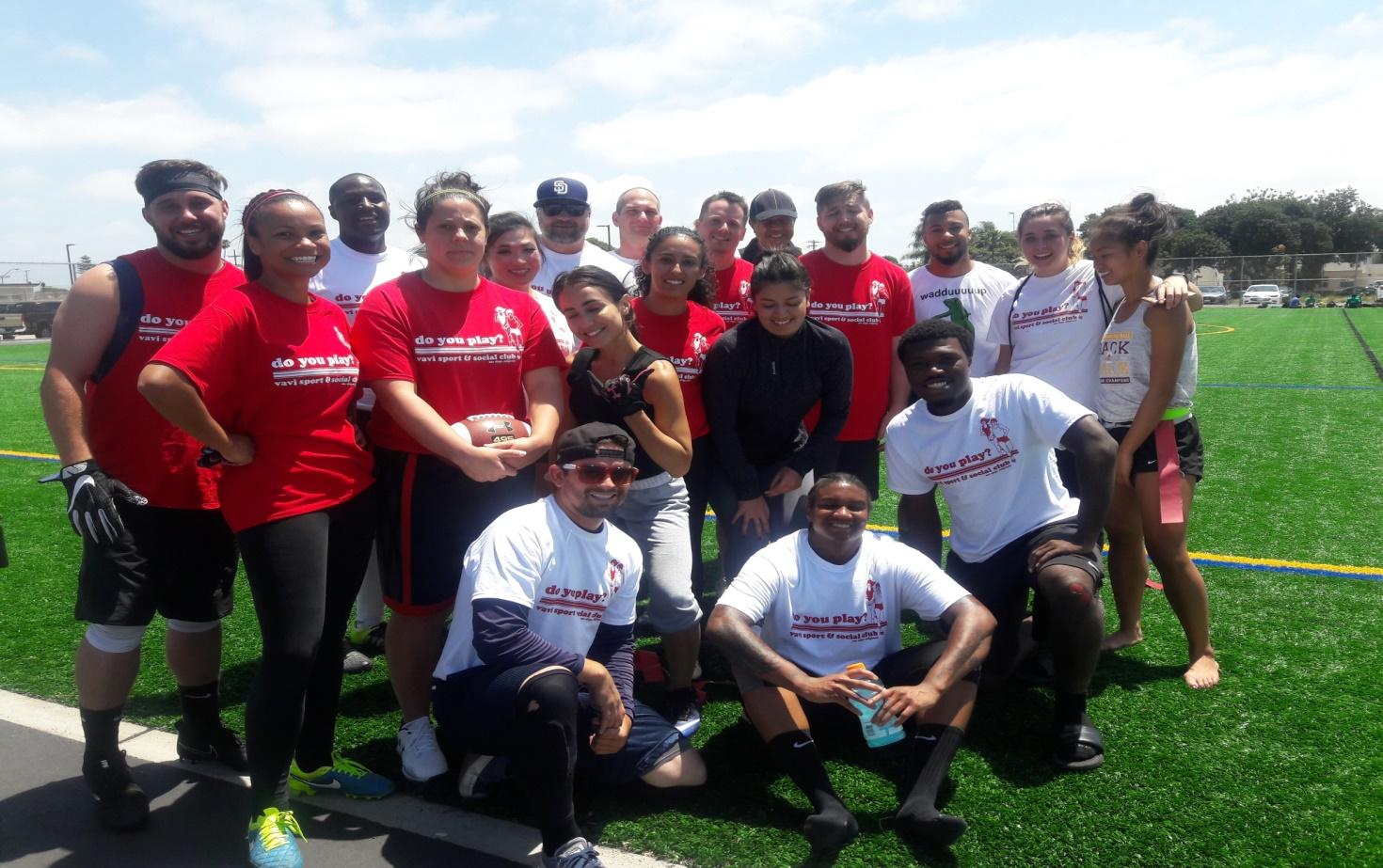 SportsMap was able to catch a glimpse into a Coed Flag Football Game in Pacific Beach, California. On the way to the host facility there was a brief distraction with a nearby game going on. What kind of ball is that? It was not a basketball or a dodgeball. You guessed it. A Kickball game was in session!

Talk about tickled pink, I had not seen a Kickball game since grade school! To see active adults out in an organized effort on a sunny, breezy day, enjoying a fun yet challenging game  of foot to ball to base was quite refreshing! Stay Focused! Get to the Flag Football! 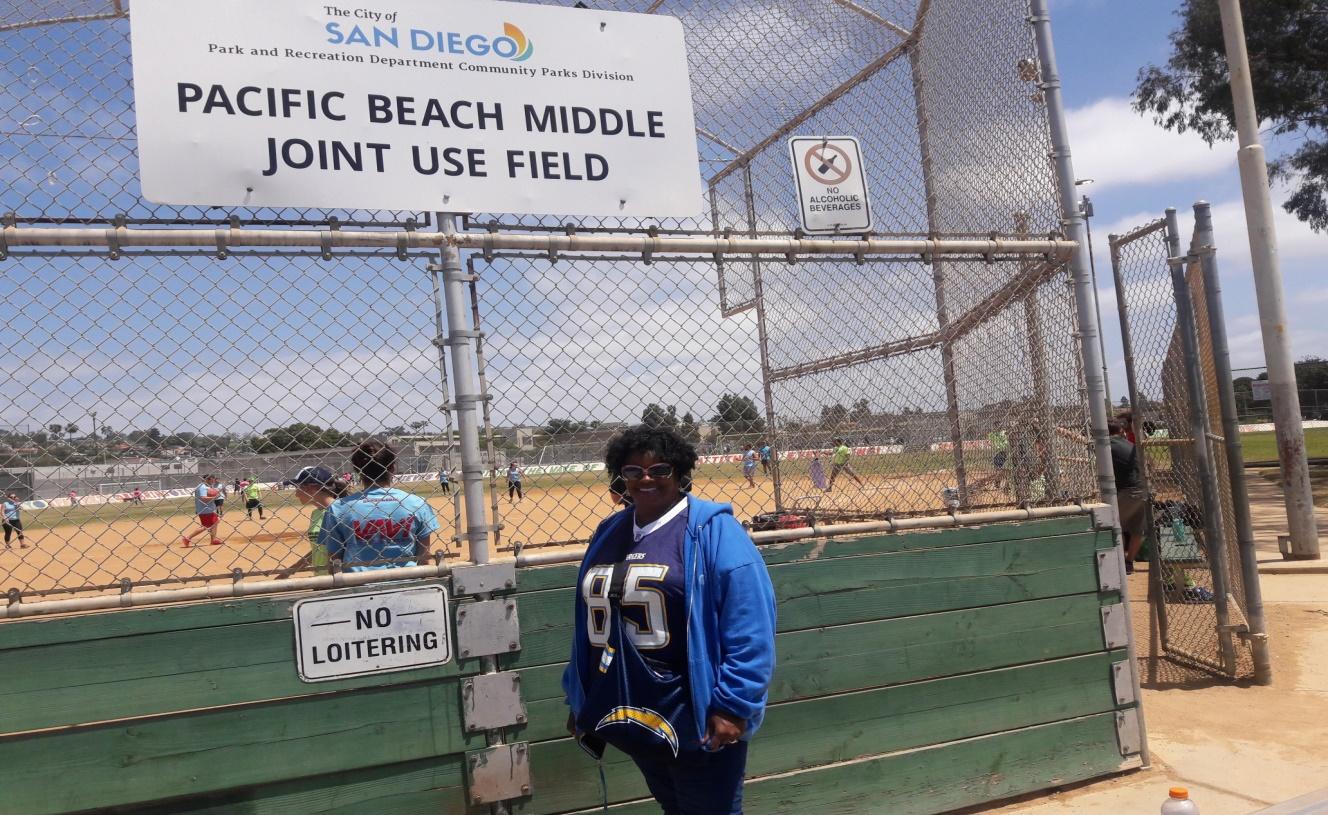 Ah yes! The Turf was impressive! I honestly had to touch it to be sure, YEP, field turf!  Now that's the stuff. Oh no! As I imagined being at the NRG, I hear a man's war cry. At that moment I see an injured player, rolling in the turf in agony. Wait, isn't this "flag football?" Here is a receiver, Keith Russel Hunter, who has been playing in the VAVI Flag Football League for two years, a real semi-pro NFL hopeful. I watched as fellow coed teammates along with the referee hop into action to assist. After they have Russell stabilized, I see Q.B. Kim Spinardi, a south paw from SDSU B-Ball / Combo Guard (2006-2010) gear up her next play. She has quite the impressive arm. As her eyes search up field for her receiver Katy, pass complete, going for the touchdown! Yikes! Flags stripped by fellow contender. Nice play, well done.

This was way more than just a leisure activity. Both teams had very good support,  competitive  contenders who treated each other with dignity and respect. Excellent sportsmanship displayed  here  and a real enjoyment for the comradery was definitely observed .  It was quite a treat!

Here's a realistic path for Houston Astros to snatch No. 1 seed from Yankees

After Yordan Alvarez suffered an injury on Thursday from colliding into Jeremy Peña in short left field, many fans and media are questioning whether Alvarez should DH exclusively to keep injuries like this from happening.

While this may prevent injuries from happening in left field, there are numerous ways of getting hurt, such as running the bases, and we saw Alvarez miss some time recently with a hand injury from swinging the bat.

Plus, playing Yordan in left where he's at least an average outfielder, allows veterans like Michael Brantley and Jose Altuve to slide in the DH spot to get some much-needed rest over the course of the season. And there's an argument being made that Yordan is better at the plate when he's playing the field.

Be sure to check out the video above as we debate this hot topic!