She worked hard to get them where they are today, often sacrificing hours of "me time" and wear and tear on the car making sure they got back and forth to practice. When professional athletes sign their big contract, their moms are often rewarded for their years of inconvenience with a new car. Other moms, like MLB player Josh Donaldson's, get a new vehicle as a congratulatory gift for a life event years after that first contract has been signed.

Here are some of the cars professional athletes have recently bought their moms.

Chase Winovich✔@WinoI can never repay you, but here's a start. I love you mom 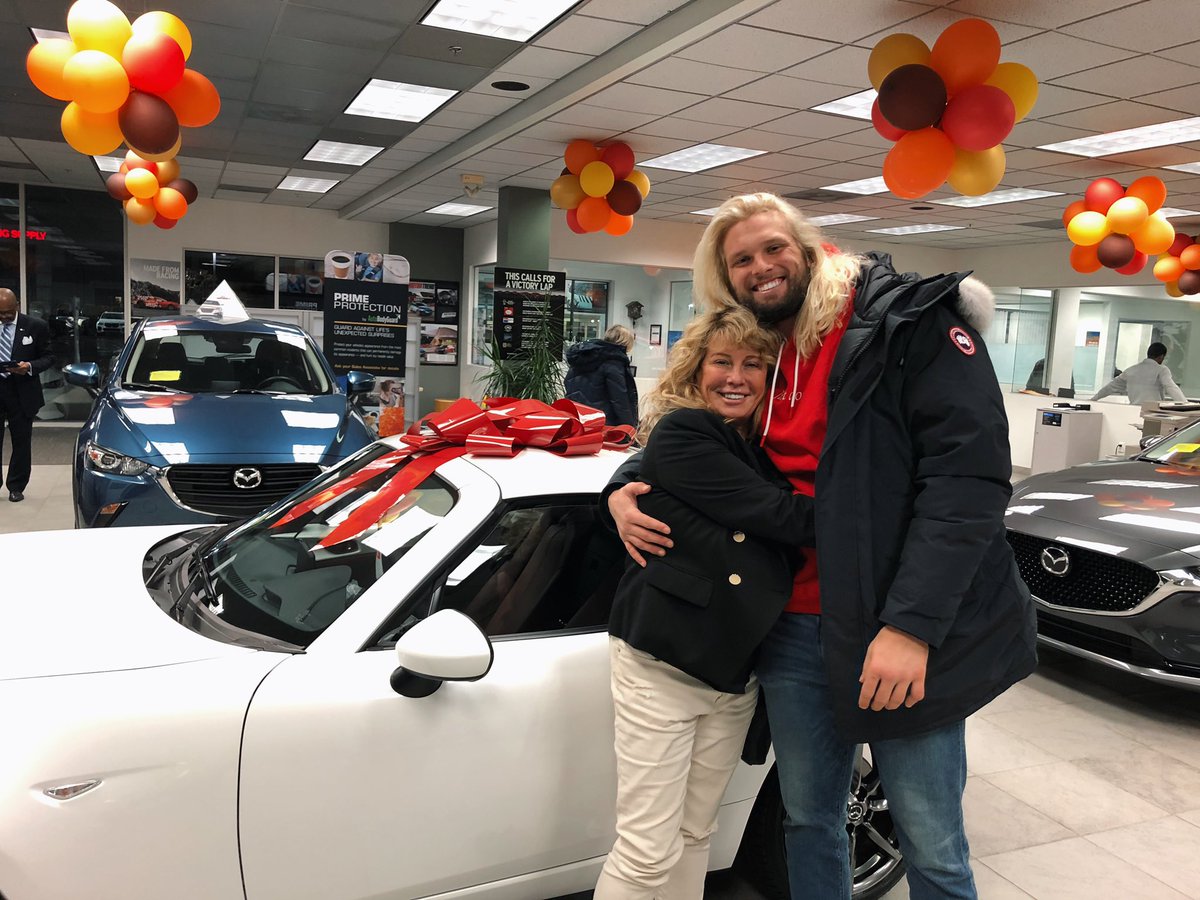 1,041 people are talking about this

Deandre Baker surprised his mom with a Bentley Bentayga in Miami in 2019. The caption on his Instagram post featuring the moment reads, "I told Mama we straight. Remember we used to be in a Nissan. Watched her struggle and sacrifice to make sure I'm straight. Now it's my turn to take care [of] her." Baker signed a contract with the Giants that will pay him $10,525,716 over four years, including a $5,675,064 signing bonus. 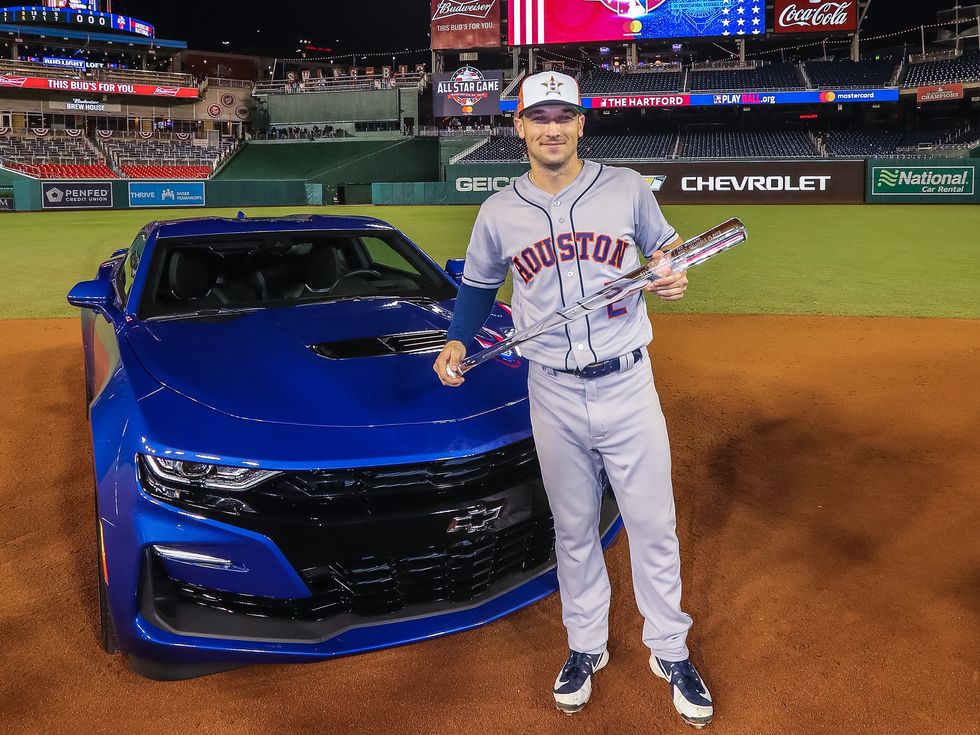 Houston multi-position player Alex Bregman earned the Ted Williams Most Valuable Player Award during the 89th MLB All-Star Game at Nationals Park in 2018. With that came the winner's choices of a ChevroletCamaro SS or a Colorado ZR2. Bregman chose the Camaro and gave it to his mother Jackie. In July it was announced that Bregman and the Astros had agreed to a six-year, $100 million contract extension.

Williamsport, Pennsylvania is the home of the Little League World Series and Alize Johnson, a point guard who was drafted by the Indiana Pacers in the 2018 NBA Draft. The 6-foot-9 player is guaranteed to make $1.4 million for the 2019-20 season. In 2018 he surprised his mother with a new Chevrolet Suburban, her self-described "dream car."

Former UCLA Bruin Norman Powell was selected in the second round of the 2015 NBA Draft by the Milwaukee Bucks. He was instantly traded to the Toronto Raptors, where he has stayed ever since. In 2018, Powell signed a four-year, $41.9 million contract. He used some of that coin to buy his mom a 2020 Land Rover Range Rover this August at a San Diego dealership. 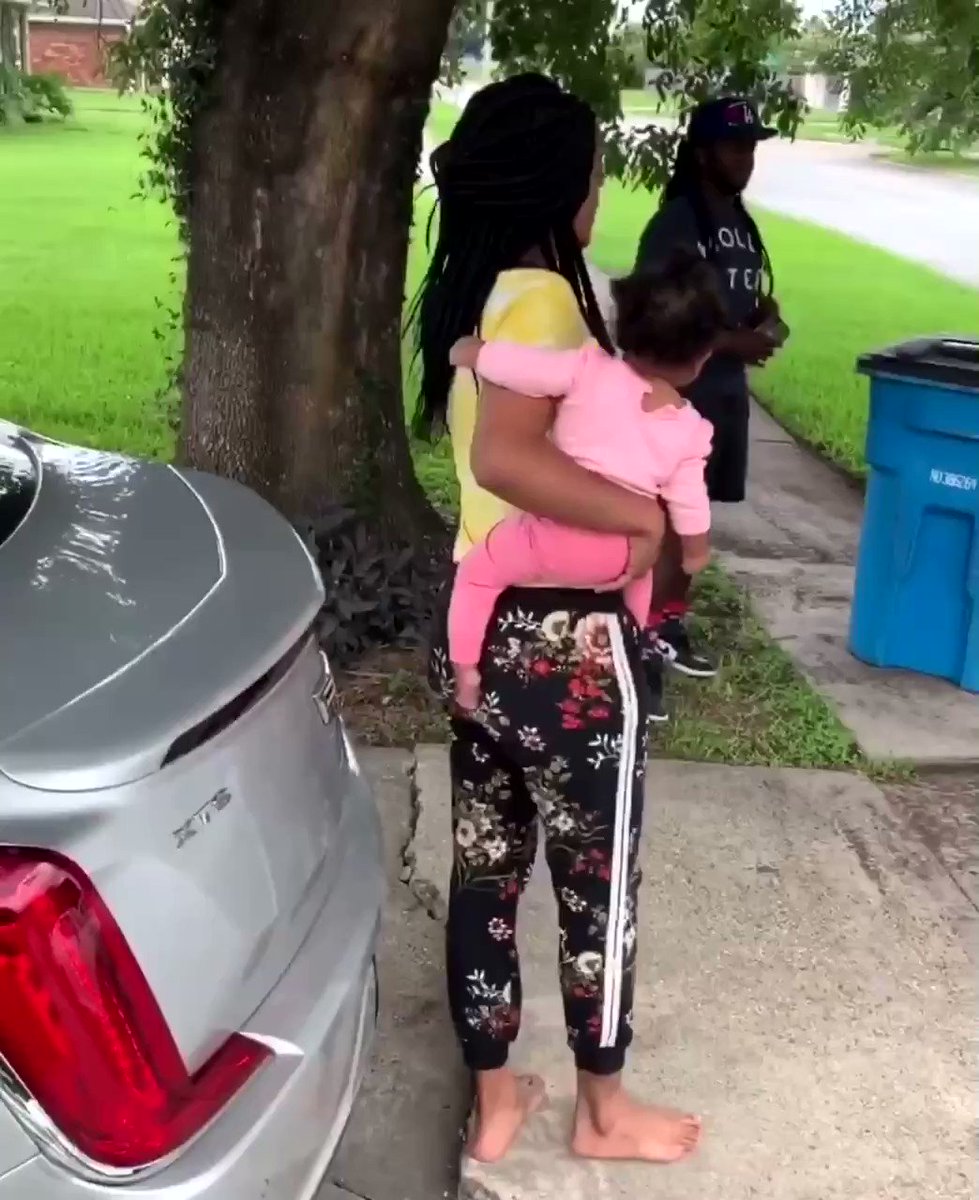 362 people are talking about this

Mitchell Robinson, the 7-foot-1 center who famously withdrew from college to spend a year training for the NBA before he was drafted, dropped a few bucks on his mom this summer. He gifted his mom a white Chevrolet Impala. Last year Robinson signed a three-year, $4.71 million contract with the Knicks. There is a club option for the 2021-22 season that would get him an extra $1.8 million.

Mississippi State alum Johnathan Abram recently surprised his mom with a new Toyota Camry. Abram was the 27th overall pick in the 2019 NFL Draft. He was chosen in a pick that was given up by the Dallas Cowboys as part of the Amari Cooper trade. Abram's contract is worth $11.45 million over four years.

Hollywood Brown✔@Primetime_jetSince I was 7yrs old this the moment I been waiting for, bigger than any moment I ever been apart of.. Everything I do is for you momma I love you

You wanted a house and a car and you got it , I got you Forever Ever !!! 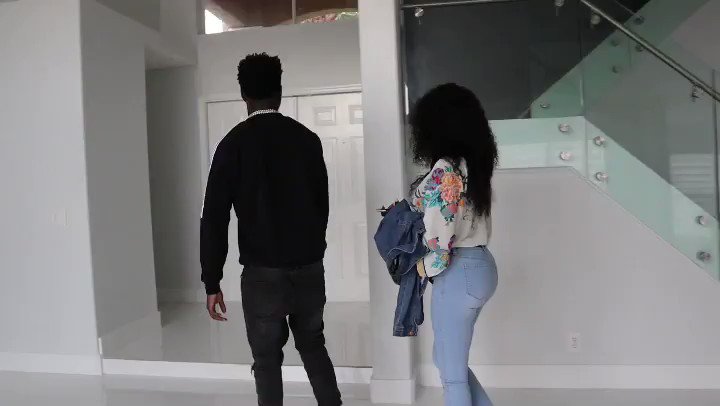 10.6K people are talking about this

Marquise Brown took the gift giving even further, getting his mom a car and a Land Rover Range Rover. Brown, who is a first cousin of NFL free agent Antonio Brown, was selected 25th overall by the Baltimore Ravens in the first round of the 2019 NFL Draft. His contact is for four years and worth $11.787 million.

Deshaun Watson✔@deshaunwatsonHappy Birthday Mama! I love you & you deserve your first official car! Enjoy it! "Had to cop her the '17 Jag"

36.8K people are talking about this

In 1997 Deshaun Watson bought his mom a car '17 Jaguar F-Pace for her birthday. The Gainesville, Georgia native played quarterback at Clemson before being drafted by the Texans 12th overall in the 2017 NFL Draft. His first contract was a four-year, $13.84 million deal.

Duclair took a moment from leading his line down the ice to lead his mom into a Mercedes-Benz dealership in Laval, Quebec where he surprised her with a new black Mercedes-Benz C300 sedan. Duclair currently plays for the Ottawa Senators and will earn $1,650,000 this season.

How the Houston Astros GM search took an unexpected turn

SportsMap Staff
José Abreu had some interesting things to say regarding his signing with the Astros this past weekend... Listen to The ...

One of the surprising elements to come out of Astros Fan Fest over the weekend was Jeff Bagwell's role speaking with the media about the state of the team. The Astros have three assistant general managers that were asked to speak, all declined, leaving Bagwell to answer all the questions.

Plus, when Jose Abreu spoke at Fan Fest about signing with the club, he thanked Jim Crane, and wait for it, Jeff Bagwell.

The Astros are expected to hire a GM, and we've been seeing reports about interviews taking place. But will Bagwell remain as the mouthpiece of the organization, acting as a buffer between the new GM and owner Jim Crane?

Check out the video above as the guys from The Wheelhouse lay it all out!