And some thoughts on the debacle in Dallas.

The most WTF moments of the Texans offseason

It's a good thing that preseason games don't matter. Because I'm STILL shaking off Saturday's Texans - Cowboys match, not to mention the hangover it spawned.

It only took about 8:02 for me to check out entirely on that Dallas disaster:

If you happened to DVR the game and are still waiting for a chance to sit down and hate watch something, spare yourself the thrown remote. Just watch this.

Saturday's loss was a chunk of nether-hair on top of a Texans dried out brisket-esque offseason...

"Like you know a damn thing about brisket PAWL, you carpetbagging cartoon."

...and now, the said offseason has MERCIFULLY finished (after gallons of water/alcohol). How did we get here?

- PPS: "PAWL, technically it's not done until we know what's going on with Clowney..."

Any time you've got a player who...

...be sure to make absolutely no contact with him during free agency and let him walk. Instead, focus your attention on the player who had a very average season and probably played more effective defense on social media.

A Lot Of Cap Space, But A Lot Of Nothing In Free Agency

Don’t want to sound any alarms but if Cam Newton dies this fall, suspect number one is Matt Kalil (via @CarolinaHuddle) pic.twitter.com/pRuLvs13O8

...outside of signing tackle Matt Kalil, THE 4th overall pick of the 2012 NFL Draft!

Though to be fair, they took a shot on cornerback Bradley Roby, signing the former first round pick to a one year prove it deal. He's looked good in the preseason thus far.

The Texans had A LOT of obvious needs going into free agency. The offensive line has been a major weakness with little experience FOR YEARS. The corner group features a 35 year old (Johnathan Joseph) and a former first round pick that didn't get a second contract from the team that picked him (Roby) as its two top corners. And they could have used some running back depth. You'd have thought with those holes and TONS of cap space (per Over The Cap, the second most in the league) that the Texans would have aggressively pursued experienced players.

But Bill O'Brien and company clearly don't (or didn't, more on that later) view things that way given their lack of activity in free agency. For a team that still has its quarterback on a rookie contract and two of the league's best players - DeAndre Hopkins and J.J. Watt - in their primes, it was a confusing approach.

The Musical Chairs At Offensive Line

Bill O’Brien’s entire exchange on if Matt Kalil is hurt. He is also asked if Kalil will start week one. #Texanspic.twitter.com/kinSbS2dgx

I don't want to be mean about Matt Kalil. But...

Let’s once again check in on Matt Kalil pic.twitter.com/PXn5wckARB

Checking in on Matt Kalil. pic.twitter.com/qV1Za7GTuT

...You'll be hard pressed to find anything that indicates he can/could protect a franchise QB. For that reason alone, I can't buy into Bill O'Brien naming him as starter last week.

On top of that, I'm STILL trying to figure out why the Texans gave Julien Davenport ANY reps with the first team unit Saturday night. Especially with how Roderick Johnson had played the week before. I know that O'Brien said he wanted to give Davenport reps with the 1s. But do you really want him protecting Deshaun Watson? Or Lamar Miller?

Other confusing things concerning the Texans O-Line this offseason:

The Firing Of Brian Gaine

#Texans Bill O’Brien asked numerous questions about the abrupt firing of GM Brian Gaine this was his answer everytime. @abc13houstonpic.twitter.com/3No1XYYszu

I'm still confused as to why the Texans fired a guy after his second draft. Especially when his first draft - a draft without a 1st or 2nd rounder - featured several rookies that actually contributed:

In my mind, there's only one acceptable reason to fire Gaine: a lack of urgency in free agency. The last two offseasons featured two big name offensive tackles - Nate Solder and Trent Brown - that the Texans were interested in but unable to sign. The only noteworthy move of his tenure? Last year's one year deal for Mathieu, which got mediocre returns. Maybe Roby will be that guy.

There were some reports that Gaine and O'Brien disagreed on Clowney's future. Gaine wanted him long term, and O'Brien didn't. But our next offseason check point is probably why the Texans are now a "flat organization," whatever that means...

The Attempted Hiring Of Nick Caserio

Bill O’Brien on if the #Texans had any contact with Patriots Nick Caserio before the dismissal of Brian Gaine. pic.twitter.com/kYIBEc22lf

The Texans likely got rid of Gaine because they thought they'd be able to hire Patriots Director of Player Personnel Nick Caserio, who has worked for the Patriots since 2001. The timeline adds up. Texans Executive Vice President of Team Development Jack Easterby (the former Patriots team development director / character coach who joined the Texans in April) attended the Patriots Super Bowl ring ceremony in June (along with Caserio). The Texans fired Brian Gaine the next day. Of COURSE they wanted the guy. And seeing as he's been with the organization for all 6 Super Bowl victories and 9 appearances this century, why shouldn't they pursue him?

Unfortunately, they didn't do their homework. Caserio allegedly has a clause in his contract that prevents him from leaving the Patriots. And because of that, the Patriots filed anti-tampering charges. The Texans backed off, announced that Easterby, Matt Bazirgan, James Liipfert, and Chris Olsen would divvy up the GM role, and started using the phrase "flat organization" to describe themselves.

This G.M. Democracy might be able to hold it together for the next season. And the Texans might be able to bring Caserio in house for 2020. But the process to get there has been a Walk of Shame.

A Series Of Jadeveon Clowney Rumors

It's been tiring. But there has always been something to the rumors. Those original quotes from King sound all too familiar some of the things that I've talked about with my own ravens.

If the Texans trade Clowney...

Here’s the play that caused Lamar Miller to leave the field on a cart. #Texanspic.twitter.com/qV4MQt9ONb

Say what you want about Lamar Miller's tenure in Houston:

...but the Texans will SORELY miss him this season. With Alfred Blue gone to Jacksonville and D'Onta Foreman waived, Houston will have an entirely new backfield behind a yet to be determined O-Line in 2019. That's an awful lot of unfamiliarity to head into a season with.
I like Duke Johnson, especially his pass catching ability. But he's not an every down running back. He's a smaller third down type of back who has carried the ball 10 + times (in a game) just 4 times in 4 NFL seasons. Taiwan Jones and Buddy Howell seem like nothing more than special teams players, while undrafted free agents Damarea Crockett and Karan Higdon hardly move the needle. Here's hoping that the Texans can find a back with actual NFL experience when teams make their final preseason cutdowns.

I see all this offseason drama, and can only come to one conclusion. Though they have a loaded passing offense, the Texans will be hard pressed to scrap out a 6-10 season this year. They play too many good quarterbacks and have too many holes to overcome all these WTF moments above.

Paul Gallant hosts the "Gallant Says" podcast (Tuesdays & Fridays), "Just Sayin'", Friday nights at 10:30 on Kube 57, and contributes to SB Nation Radio. Have any questions? Get after him on Twitter, Instagram, or Facebook.

Astros roundup: September callups, closing in on 100 wins, and more 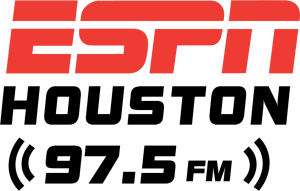 This week on The Killer B's, Joel Blank and Jeremy Branham react to a pathetic troll job from Yankees fans who had an issue with Astros fans' answers to a poll question. Be sure to check out the video to hear some of this ridiculous criticism.