Seth Livingston
Jerry Bo
Dec 13, 2017, 10:00 am
Carson Wentz will no longer be on the field for the Eagles. Philadelphiaeagles.com

Wince verb- To flinch as if in pain or distress. To make a face indicating disgust or dislike.

First and goal, just inside four minutes left in the third quarter, the Eagles illusion of a Super Bowl title quickly descended.  On a play that will never show up on the box score due to a penalty, it inevitably showed up in Vegas. Immediately after the confirmation of the season-ending injury, Philadelphia plummeted from a 4-1 Super Bowl favorite to  10-1 at most places. But just how significant is the drop off from Carson Wentz to the new play-caller Nick Foles?

In 2013, Foles was spectacular. By now, we all have heard about the 27-2 touchdown to interception season. The question is how did he achieve such phenomenal numbers? Was it a product of the overly fast-paced offensive schemes of Chip Kelly that the NFL had yet to adjust to? Foles would go on to finish the season with an astounding 119.2 passer rating while averaging a career-high 9.1 yards per pass attempt. So how did others fair in Chip Kelley's high octane offense? Let's just use Mark Sanchez for example. Following his record-breaking 2013 campaign, Foles went down to an injury and was replaced by Sanchez. The backup quarterback would go on to throw 14 touchdowns in 8 starts while averaging a career-high 7.1 yards per attempt. That pace would have given him 28 touchdowns on the year, also a career high. So, were the numbers from the QB position inflated by the system in which they worked within?

The ability to improvise when the pocket breaks down and extend plays is what separates Wentz from the field. The problem that comes with Foles having to do the same is he has had numerous injuries in his career causing him to miss time. 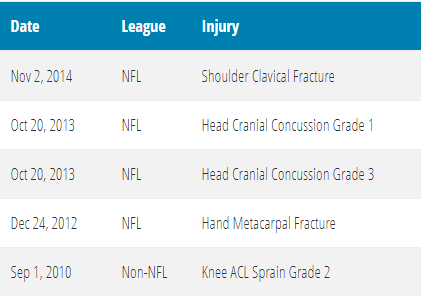 Can Nick Foles stay healthy enough to lead this team to a playoff run?

Week 14 was pretty leveled out regarding wagering. Favorites and home teams both went 9-7 ATS. Again, as we have seen all season, of the seven underdogs that covered the number, five won outright.

The number that does stick out is Unders went 10-5-1 in week 14. High scoring affairs is what Vegas and bettors anticipated last week. Instead, we saw many contests start slow making it impossible to catch up to the number; take the Raiders vs. Chiefs, for example: they only put up 3 points combined in the first quarter but ended with 41.

The Patriots have been on the road four of the last five weeks with a trip to Mexico in their itinerary. With one eye on this week's showdown with the Steelers, the Patriots struggled to find energy all night. Throw in the fact that Brady owns a 7-9 record at Miami while throwing 15 interceptions.

A wire to wire winner, the Bolts defense dominated once again. In the last three contests, they have allowed opponents to score a scarce 9.7 points per game. After starting the season 0-4 straight up and 1-3 ATS, the Chargers have reeled off four wins in a row while going 7-2 ATS since the pitiful start. With the defense playing lights out, the under is 7-1 in their last eight contests.

Chiefs vs. Raiders over 48 LOSS

For any questions or comments reach me at @JerryBoKnowz on twitter.

Examining who DeMeco Ryans will hire as Houston Texans OC

SportsMap Staff
Will the Houston Texans hire DeMeco Ryans as their next head coach? If DeMeco is hired as the coach, who will he hire as his ...

Will the Houston Texans hire DeMeco Ryans as their next head coach? If DeMeco is hired as the coach, who will he hire as his offensive coordinator? Gary Kubiak's son Klay Kubiak is on the 49ers staff, but there are other options to consider outside of who Ryans has worked with in San Francisco.